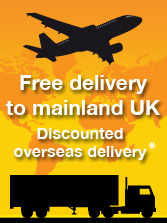 Mail your promotion direct from us

Easy To Use And Attractive Cardboard Collecting Boxes

When you are very limited on initial outlay for a charitable campaign these charity collecting tins are for you. They are supplied flat, complete with your promotional printing and are easily assembled in seconds. For less expensive charity tins that work well and still look extremely eye-catching and stylish these are perfect. Choose from the traditional cuboid shape or new to the range - the pyramid or hexagonal shape manual Self-assembly Collecting Boxes.

Versatile Charity Tins For Any Occasion

Whatever the occasion, whether you need collecting boxes for a one-off charity marketing campaign or for an on-going permanent charity appeal these self-assembly charity collecting tins will soon have people emptying their pockets. Add your charity logos and these boxes attract attention and money. Â

Budget-friendly and self-assembly are the two key factors with these most charming and effective charity collecting tins from Popupmailers.co.uk. A self-assembly money box is what we call a â€œless frillsâ€ option for charity tins when initial outlay must be kept to a minimum spend. Of course if this is not the case the Pop-up Money Boxes are a fantastic way to draw attention to your appeal such as the Pop Up Cube charity box or Pop Up House collection tins.